As part of the Winzavod.Education a new interdisciplinary project was launched with the support of Moscow State University, RANEPA  and HSE - the Scientific Salon "Insights of Evolution".


The salon will open the meeting "Evolutionary Futurology: Horizon Scanning".

Among the questions: Can the future be made manageable? What global transformations await humanity? Will technological progress lead to immortality?

Professor of Practice at the Center of Education Development at the Skolkovo School of Management Pavel Luksha;

Scientific salon "Insights of Evolution" was initiated by the Foundation for the Support of Contemporary Art Winzavod and Doctor of Psychological Sciences, Professor Alexander Asmolov with the aim of launching a dialogue between researchers and art practitioners. The main objectives of the Salon are to find new and unique ideas at the intersection of scientific and artistic disciplines. The project's research message is aimed at a wide audience and literally opens up the insides of prominent scientists, theorists, cultural figures and contemporaries.

According to Alexander Asmolov, the scientific salon "Insights of Evolution" is a "scientific theater of metaphorical thought". The interdisciplinary project provides a platform for the search for new ideas at the intersection of disciplines. Today's bright thinkers offer their views on the ideas of their colleagues and predecessors. A common framework for all meetings is evolution in the broad sense of the word, a continuous stream of changes and increasing complexity, where new meanings are born at the intersection of disciplines, each of which can be a vector of change in the course of history.

Each meeting is built around a polylogue - the salon space allows each guest to share their ideas on a given topic.

Alexander Asmolov, Doctor of Psychology: "In our consciousness, Scientific salon "Insights of Evolution" is associated with the dreams of Yuri Lotman about scientific schools as laboratories of life, the Institute of Witchcraft and Magic of the Strugatsky brothers, the University of Comparative Umberto Eco. The salon is a generator of ideas that are sometimes scary to express in the fields of canonical science, education and art". 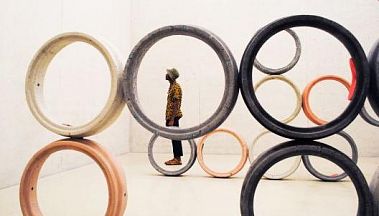