Winzavod CCA launched the Open Studios project in 2017. For the first time, one of the leading Russian art institutions has introduced a modern workshop on its premises. Winzavod CCA offers young artists a comfortable working space where they can create and stay close to the epicentre of the Moscow’s contemporary art society, with an opportunity to immerse themselves into a professional art environment.

The Open Studios project aims to support young but already established artists, to lead their direction towards greater success. Talented artists are selected by the expert board on a competitive basis, to participate in the project and gain an opportunity to make further steps inside the artistic and commercial spheres, under the guidance of experienced professionals.

For viewers, Open studios – an opportunity to observe the of contemporary artworks creation that in the future may be decorated the best museums of the country. For collectors, this project is a great chance to meet future stars at the stage of their formation.

The Open Studios based on the former premises of the legendary Aidan Gallery. Artists are working in a common space, the concept of which been developed by the architects of the Project Eleven bureau.

According to the results of open call for participation in the fourth season, more than a hundred applications were received, of which the Expert Council – Aidan Salakhova, Valentin Dyakonov, Stanislav Shuripa, Anastasia Karneeva, Andrei Parshikov and Sofia Trotsenko – selected ten – seven artists to the Workshop programme and three participants to Pop-up, a new programme that has appeared this season. The new residents of the Open Studios of the Workshops programme – Slava Nesterov, Aleksey Zhuravlev, Lisa Neklessa, Arina Efanova, Vera Evstigneyeva, Karina Saifullina, Sergey Nikitin; of the Pop-up programme – Lydia Zhudro, Lyuba Sautina and Sergey Morozov.

Sofia Trotsenko, Founder of the Winzavod Fund for the Support of Contemporary Art:

"From the very early days, at the Winzavod CCA, there were workshops of both well-known and emerging Russian artists: Oleg Kulik, Misha Most, Valeria Chtaka, Kiril Who, Evgenia Antufieva and many others. The Open Studios project uncovers the future of Russian art industry and gives a chance for young artists to become a part of this tradition, helping them to integrate into a professional community. We are creating a structured cultural-educational system, built from many years experience of Winzavod, and expert support from the leading gallery owners and art associates. Our team believes that participation in the project will lead towards the formation of a new generation of successful Russian artists".

The first season of the project began on the 22nd of August, 2017. Through the open call, we received 82 applications, wh ere only eight candidates were nominated to take part in the project by the expert board. Members of the expert board: Aidan Salakhova, Elena Selina, Alexander Sharov, Dmitry Khankin, Nikolai Palazhchenko, Andrey Parshikov, Alexei Novoselov and Sofya Trotsenko.

Artist of the first season worked in various techniques: painting, objects, installation, graffiti, fresco, mosaic, and porcelain. One of the highlight during the first season was a fashion capsule collection, a collaboration between artists with OTOCYON, T3CM and E404. The final exhibition "Victory over white" was presented at the end of the first season, after nine months of work in the Open Studios.

The main difference of this season from the previous one is artists focus on self-organization. Residents of studios will independently initiate additional activities, communications, projects for participation. They will form a team that responds to complex requests from the public, the tutor and, above all, the participants themselves.

Project tutor Andrei Parshikov: “The third season of Open Studios will become, on the one hand, more democratic, allowing residents to choose between a general graduation exhibition or a series of personal presentations in an expanded format, as well as to find the necessary tone in general polyphony of conversation with the audience.” 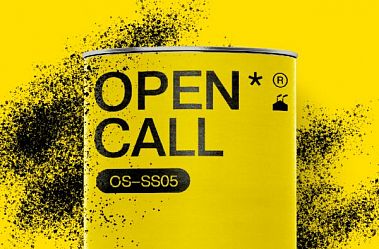 
Open Call for the fifth season of Winzavod Open Studios 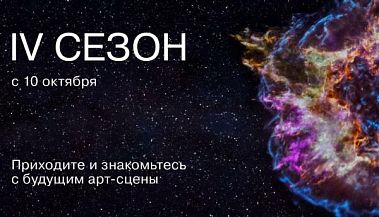 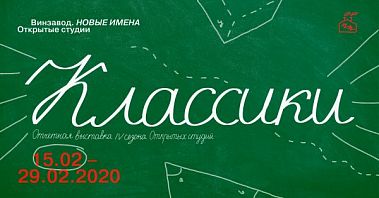