Vladimir Anzelm's art, in all its diversity of style, form and nuance of content, is one in its goal-setting, and each subsequent exhibition becomes the next version of "recognition" and definition of the European culture space moving in its manifestations.

Interest in such research is explained by the nature of things and is present on the genetic level. The historical antithesis of the Slavs and Germans in the person of Vladimir Anzelm takes the form of a movable antinomy. The problem of identification "his own alien", in relation to a person with a Russian name and a German surname, finds special semantic meaning and load, and the closed and in many respects self-sufficient poles of two world cultures find complex, almost syncretic unity. Hence the free circulation and synchronization of the two principal and traditional systems in Eurasia.

The dominating point of the present appeal to the program theme for the author is the verified set of archetypes, consistent within the framework of the single and most principal attribute of the European civilization, the notion of it: we are talking about classicism.

The phenomenon of classicism turns out to be the main content of the exhibition and reveals itself as an archetype and indispensable companion for overcoming world disasters, wars and revolutions, as an antithesis of chaos and the usual "sunset of Europe".

Vladimir Anzelm's classicism is not just a Big Style; it is a certain matrix that migrates in time and space, activating and shaping the creative processes of "self-healing" in the rigid context of the historical catastrophe of European wars and revolutions.

In the paradigm of the postmodern quote, the author refers to examples of European classics fr om the beginning of the 19th century: to "Marseillaise" by Rousseau, which idealizes the French revolution, to "Victoria" by Rauch, which glorifies the formation of Prussia, and to the textbook of Soviet classicism by Shadr, who glorifies the weapons of the proletariat.

Anzelm defines the invariable "style gene", an exemplary reference point, a model ideal inherent in the European concept of the "Golden Age", a time of stability, proportionality and order. Hence the appeal to ancient Greece, imperial Rome, the High Revival and the subsequent series of borrowings and interpretations inherent in European civilization.

The genotype of classicism, which idealizes the foundations, educates and sets a goal contrary to local nuances, is unchanged and defined as "endless history", consistent with a single semantic space.

Paradoxically, the name of the exhibition dissonates with the basic position of postmodernism, postulating "the end of history. De facto history has continued. But this is a different history of another cultural space, a different format, a history wh ere the mass "universal" culture is fascinated by the construction of another utopia of "new order" - virtual classicism.

The Games with Context project is a replica of the personal exhibitions of Konstantin Batynkov, Olga Gorokhova and Vladimir Anzelma organized by the Krokin Gallery on its site and in the halls of Moscow museums.

The expositions are based on large-format paintings and graphic works created recently by three authors representing three directions of search, three autonomous statements in the space of what is called contemporary art in its qualitative version.

With the undoubted difference between the stylistics and artistic program of these authors, the general is the fullness of artistic expression. In this case, there are iconic and, in some cases, familiar works shown in a different substantive context, in a different exposition space.

All of them declared themselves at the very beginning of the 90s, and today, devoid of formalities to be presented, correspond to the nomination - the textbook of the Moscow art of transition, the art of changing social paradigms, art as such, what it should be and how it should be seen, and who is able to possess it.

They talk about their own and in their own way, do it clearly, structuring the space with a special visual intonation. They do not lim it themselves to once found and appreciated by the public, continuing to actively increase the importance of their art with a new form, meaning and motivation.

Journey into the history of Winzavod 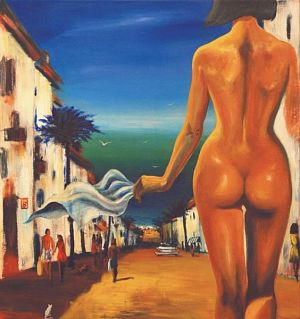 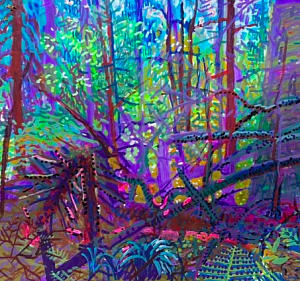 Irina Korina
The exhibition with this name already exists