The Open Studios project is a platform that combines the principles of a workshop, residence and art school based on one of the leading Russian art institutions.

The project was launched by the Foundation for the Support of Contemporary Art "WINZAVOD" within the framework of the strategic direction New Names. It offers a modern space for creativity and work, an up-to-date educational program, the opportunity to integrate into the professional environment.

Open studios are developing the direction of supporting young artists and complementing the idea of ​​projects of the Center for Contemporary Art Winzavod START (since 2008) and portfolio reviews in Russian art and creative universities (2017). For aspiring talented artists, selected by an expert council, participating in a project is an opportunity to take their first steps in the creative and commercial fields under the guidance of experienced professionals.

For viewers, Open Studios are an opportunity to observe the process of creating works of art, which, in the future, will probably adorn the best museums in the country. For collectors, this project is a great chance to meet future stars at the stage of their formation. Open studios occupy the premises of the legendary Aidan Gallery. Artists work in a common space, a concept developed by the architects of the Project Eleven bureau.

The eighth season is underway in the new space of Open Studios. The expert council of the season included: Ksenia Podoinitsina - member of the Board of the AGA, founder of the InArt Gallery, Sergey Limonov – collector of contemporary art, Elvira Tarnogradskaya – director of the Syntax Gallery and art dealer, curators Alexey Maslyaev and Andrey Parshchikov, founder of the Vinzavod Center for Contemporary Art Sofia Trotsenko and artist, teacher of IPSI Stas Shuripa. According to the results of the selection , the participants of the season were: Anastasia Kovaleva, Vasilisa Lebedeva, Ekaterina Afonina, Alexey Ryabov, Ekaterina Popchenko, Katika, Kirill Manchunsky, Polina Abina, Tanya Prystavka, Yulia Vlasova.

"The theme of the eighth season of the Open Studios of Winzavod is formulated according to the situation. It describes an approach when the priority in choosing a practice is the figure of the artist, and not the boundaries, areas (interests, methods of work, expressive means, etc.) outlined by the tutor."

Mentor of the season – Alexey Maslyaev

The open call for the sixth season is closed. The names of the new participants in the program will be announced after the meeting of the expert council - Sophia Trotsenko, Andrey Parshikov, Simon Mraz, Alina Gutkina, Sergei Limonov, Alexey Maslyaev, Agniya Mirgorodskaya.

Open Studios presented artists of the second season on a closed preview: Liza Stormit, Natalya Gudovich, Mikhail Levius, Tanya Klyat, Andrey Andreev, Maria Ivanova, Katya Garkushko, Slava PTRK. The main difference of this season from the previous one is artists focus on self-organization. Residents of studios will independently initiate additional activities, communications, projects for participation. They will form a team that responds to complex requests from the public, the tutor and, above all, the participants themselves.

Participants of the first season: Vladimir Kartashov, Anton Kushaev, Asmik Melkonyan, Kristina Strunkova, Daria Neretina, MAXIM MIXAM, Alexey Zhuchkov and Denis Uranov. Artist of the first season worked in various techniques: painting, objects, installation, graffiti, fresco, mosaic, and porcelain. One of the highlight during the first season was a fashion capsule collection, a collaboration between artists with OTOCYON, T3CM and E404. The final exhibition "Victory over white" was presented at the end of the first season, after nine months of work in the Open Studios. 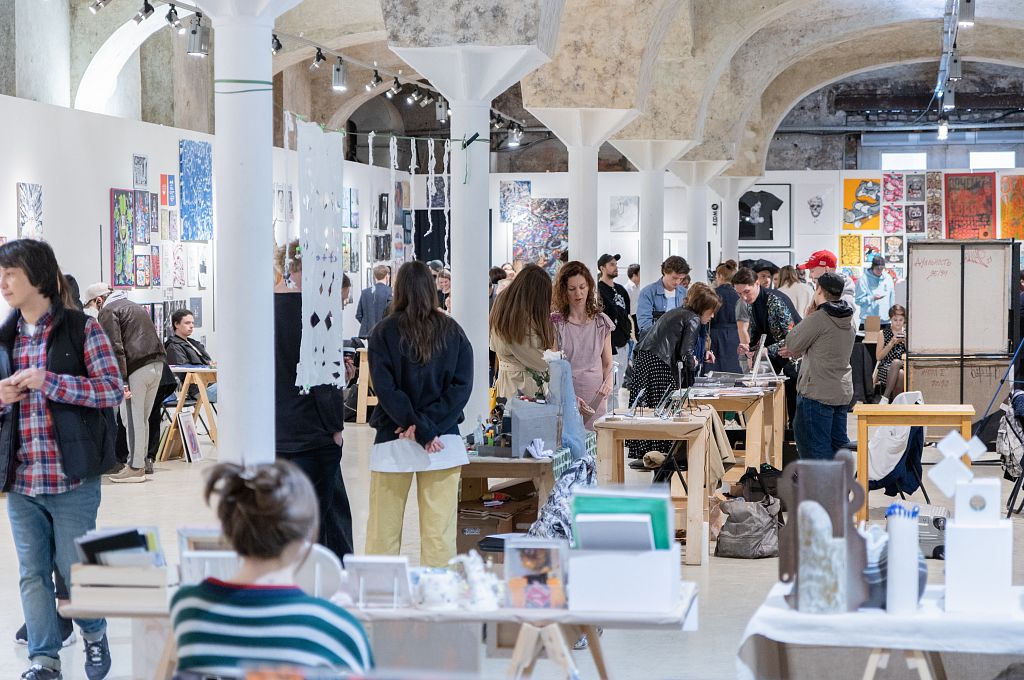 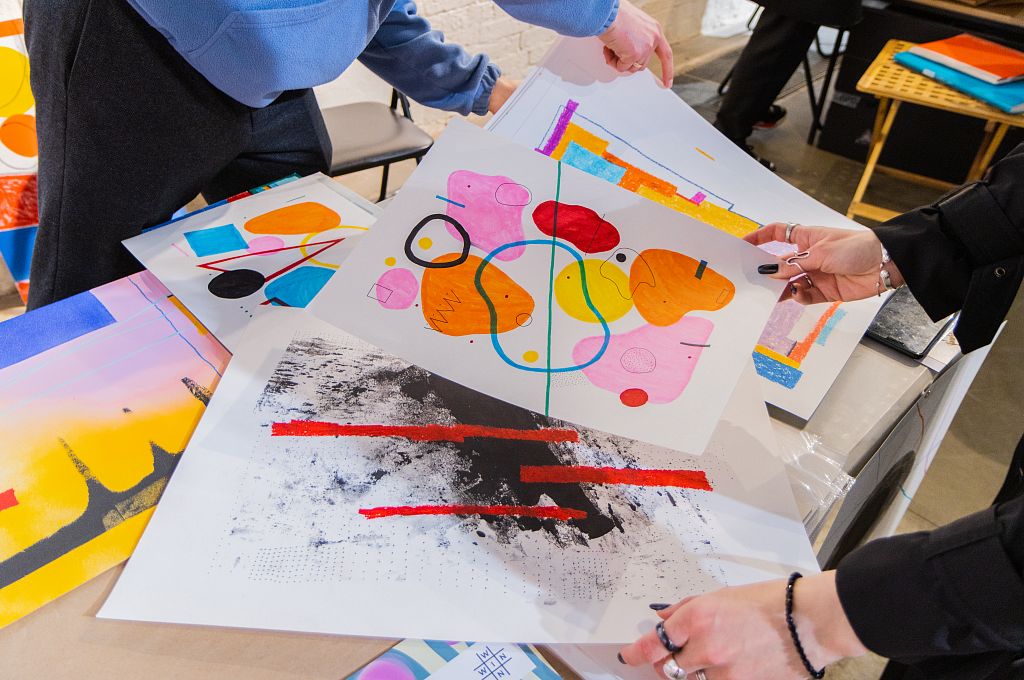 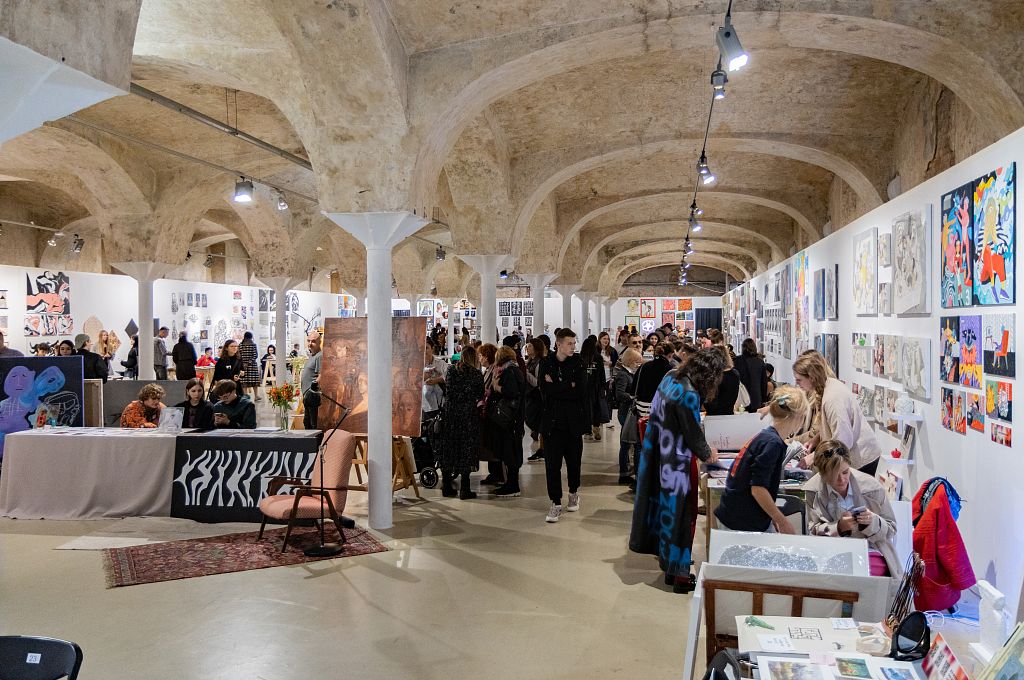 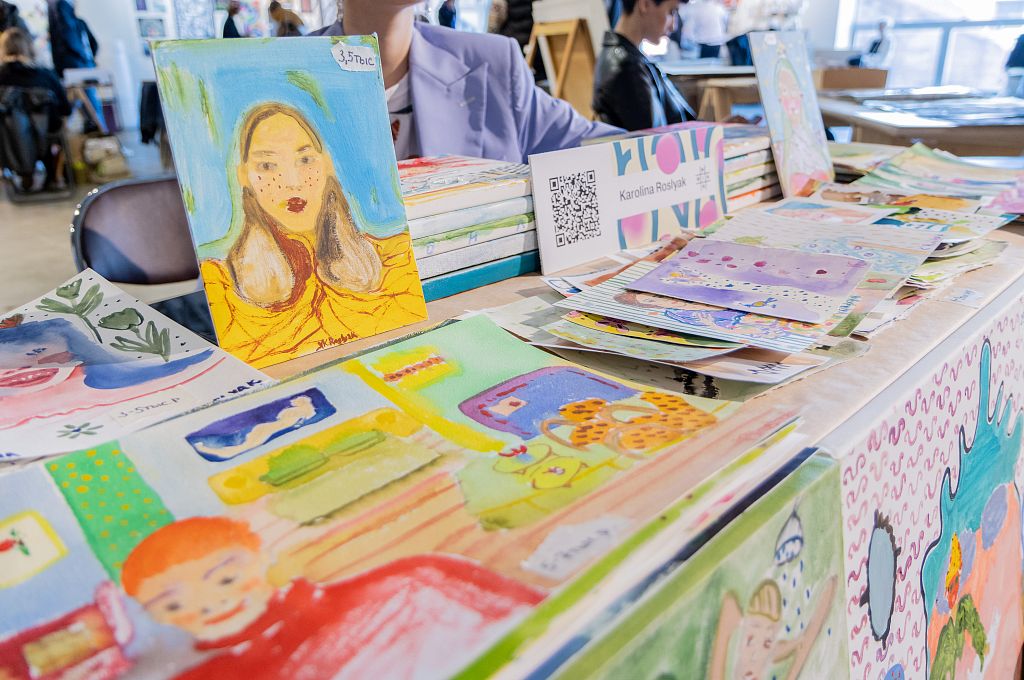 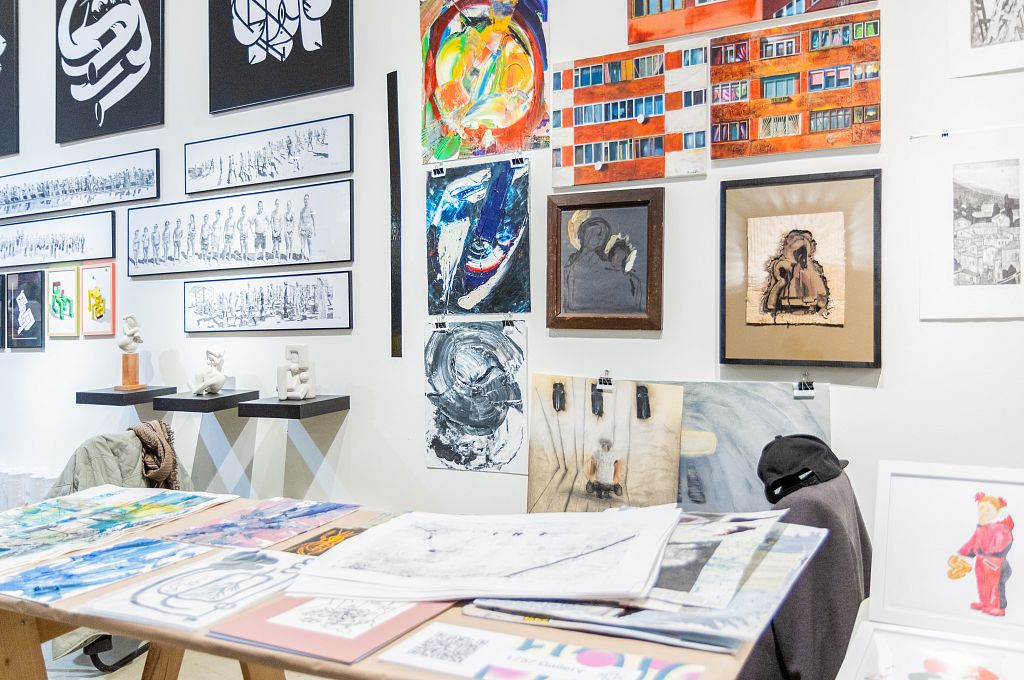 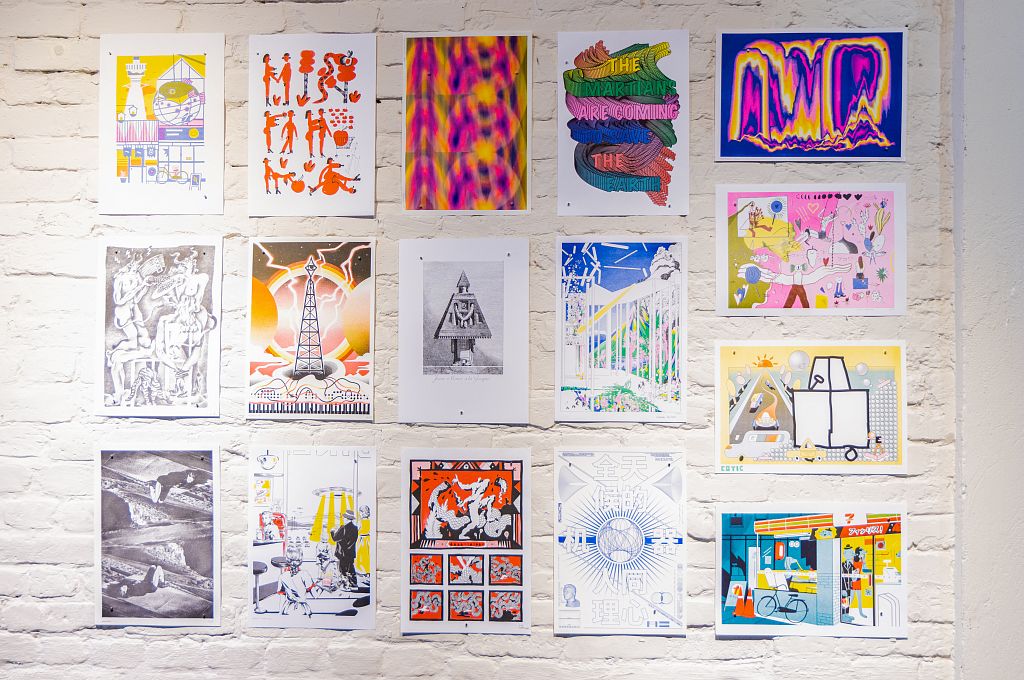 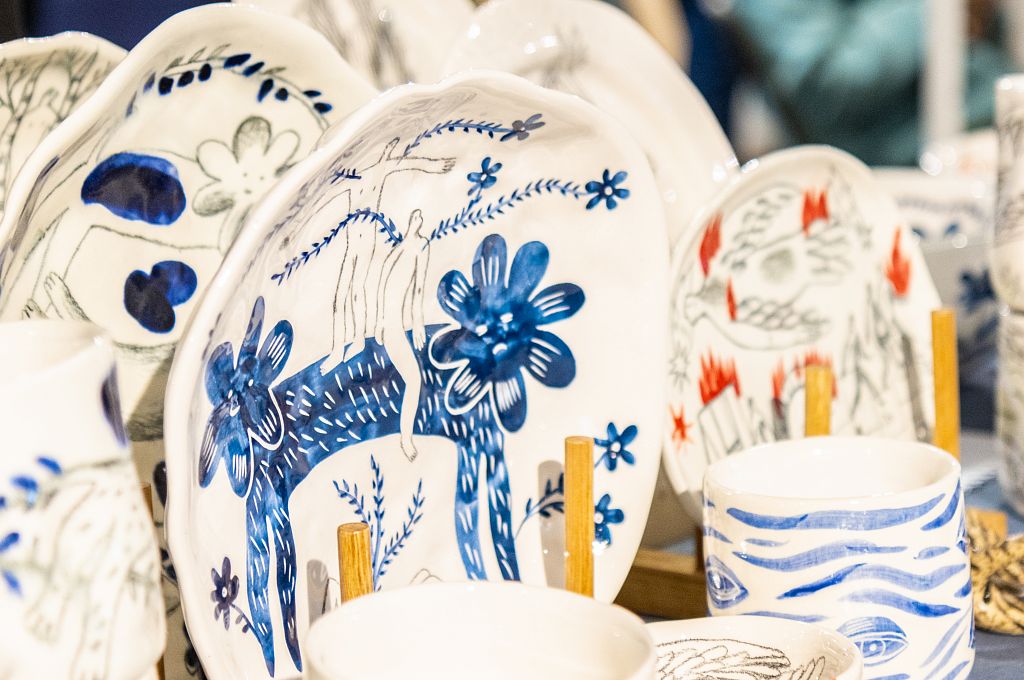 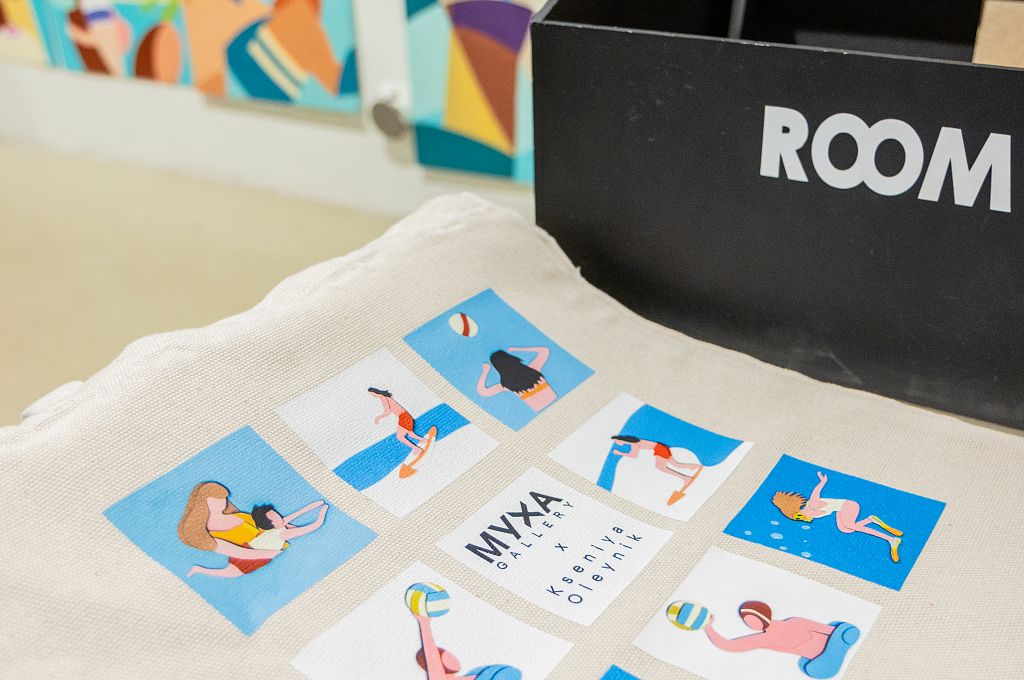 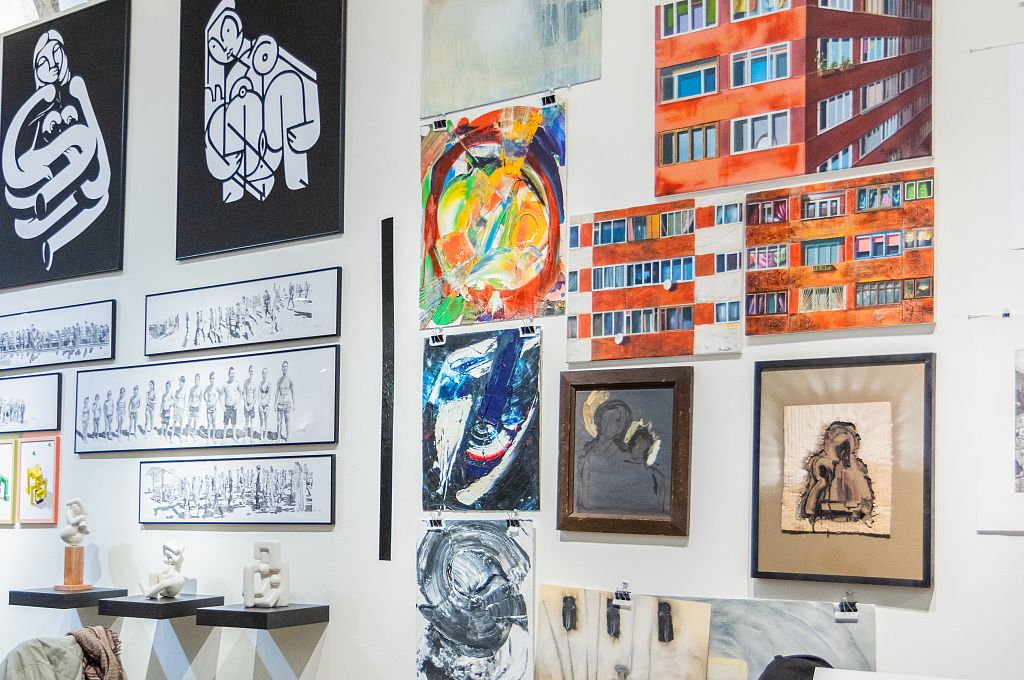