Nestor Engelke
Secrets of the starry sky of Enstor E

Nestor Engelke
Secrets of the starry sky of Enstor E

16+
On December 3  VLADEY SPACE opened a personal project of Nestor Engelke - one of the founders and key participants of the St. Petersburg art group "North-7". The master of "axe painting" and self-destructive anti-architectural forms will build a total installation in the gallery space, recreating a peculiar cabinet of rarities, a laboratory of a mad explorer and retro-innovator Jenstor E.

Each of the artist's personal projects is a new stage in the unfinished formation and, at the same time, the collapse of his multifaceted self. Each of them is also dedicated to a certain utopian idea, the search for an unattainable ideal and, of course, is doomed to failure. Thus, the poetics of the "knowingly failed experiment", the fiasco and failures become the main force driving the hero to the new archaic "discoveries". "The tree is the media of the future! - The naturalist Jenstor E. persists.

Leaving open the finale of the architectural project to find the ideal spatial form, the very "place", the artist leads to the battle of a new hero of his inner mythology. He is busy with optical experiments, searching for new stars and planets, creating paradoxical movements and structures. And all of them, of course, are made of wood. Thus, "retro-innovator", the author of knowingly failed inventions, the creator of the chip map of the starry sky and the developer of wooden optics, he becomes equally and irreconcilable skeptic in relation to the ambitions of modern thnoscience and pathos of the idyllic fusion of "siens" and "art", and a romanticist who tries to redefine the forms completely destroyed by the living
communications. 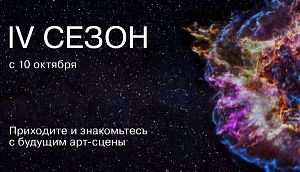 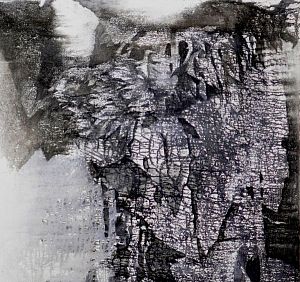 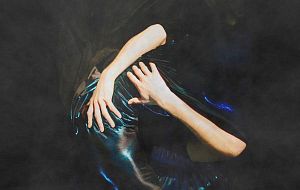