On July 7, the XL Gallery opens the "couscous" exhibition of artist and sculptor Alexander Povzner. According to the author, the name of the exhibition is just the end of the word "art", "on the stump of a pencil".

The attentive viewer will easily recall the previous exhibition of Alexander Povzner in XL ("Drawings in the fields", 2018). Then the author's works, mostly small, were laid out right on the floor of the hall. This uncomplicated way of presentation resembled an academic viewing or working environment of the artist's personal studio. The exhibition "couscous", on the contrary, will present large-scale works of Povzner: a series of images of about 3/3 meters made with gouache on Kraft paper, as well as plaster sculpture "Artist".

"Heroes of the works, in pairs or alone, frozen in daze or confusion, in extreme or dead-end situations, in pauses between words, before the need to resolve the contradiction. They have either been silent for a long time, like "Idol" and "Fence Tree Fence," or are afraid to make a sound like "The Girl at the Door," or have not yet figured out what to say, like "The Horse That Another Horse Rides" and "The Complicated Guest" in front of the open door. And "The Artist" broke through one reality and got into the other", - says Alexander.

All the works presented at the exhibition were completed during the year - between June 2019 and 2020. 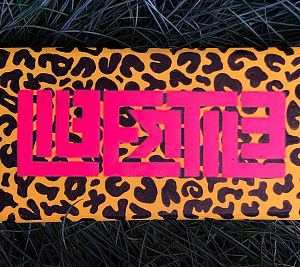 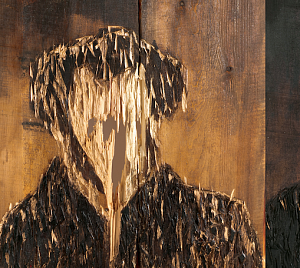 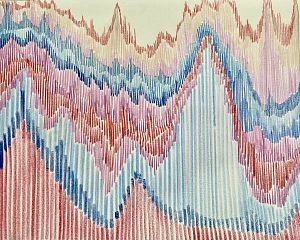