Registration for the course

Online course on the author's program Svetlana Kovalevskaya aimed at exploring the city as a layering of different historical epochs.

The expert course includes 5 online lectures devoted to a detailed study of Moscow architecture. The classes are held on Tuesdays from 11.00 to 14.00. A certificate is issued upon completion. The cost of the course is 20 000 rubles.

"Naryshkin Baroque" and Moscow under Peter I. Moscow in the 18th century, under Elizabeth I and Catherine II.  Cossacks and Bazhenov.   Estate building. Moscow after the fire of 1812, new town-planning concepts, ensembles of the main squares - Red, Manezhnaya, Theatre, "wooden empire" of Moscow.

Lecture 3. Moscow in the second half of the 19th century.   History, eclecticism, Art Nouveau.

"Orthodoxy, Autocracy, People" in the architecture of Nikolaev time. Konstantin Ton.  Neo-Russian, Neo-Byzantine and other neo-styles in the Arch of Moscow of the second half of the 19th century.  National Romanticism. "Construction boom" and the variety of architectural trends at the turn of the 19th-20th centuries.

Lecture 4. Moscow in the 20th Century.

Lecture 5. Moscow in the 20th Century.

"The Struggle against Excesses in the Arch-Re" under Khrushchev, change of artistic guidelines. Khrushchev and Brezhnev Modernism, Brutalism, Panel Construction, New Areas of Moscow.  Rebuilding of Moscow for the Olympics 80.  "Sredovaya ar-ra", "paper" ar-ra.  Arbat and Ostozhenka.  "Luzhkovskaya Moscow" as a special stage.  Modern trends in Moscow's arch-ra.

Recording is available on the sitein the section "Online Recording". 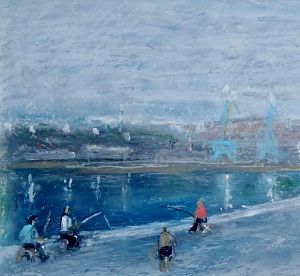 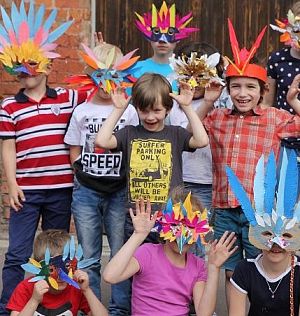 Free
6 Creative Workshops for all ages
All events